So by now you know I am Portuguese, you might be shocked to know that I have never visited my homeland till April this year – yes I know what you thinking. There really  is no good reason except I always thought going to Portugal would mean I would be stuck visiting family – oh I was so wrong. Firstly my family is filled with adventure, they love being a tourist in their own city and my dads cousin used to be a Tuk Tuk driver for fun on weekends, so he knows where all the cool spots around Lisbon are! Not to mention my cousin Joana who knows where all the best shopping locations are!

I had been thinking about this trip for the last six months, and finally on a whim I book the trip four weeks before my departure date! It was such a rush but I did it and I have no regrets. To top it all off I travelled alone, not a big deal for most people but for me I was stressing myself – for no reason actually! This post might be picture heavy but I just cannot help sharing all my beautiful photos. 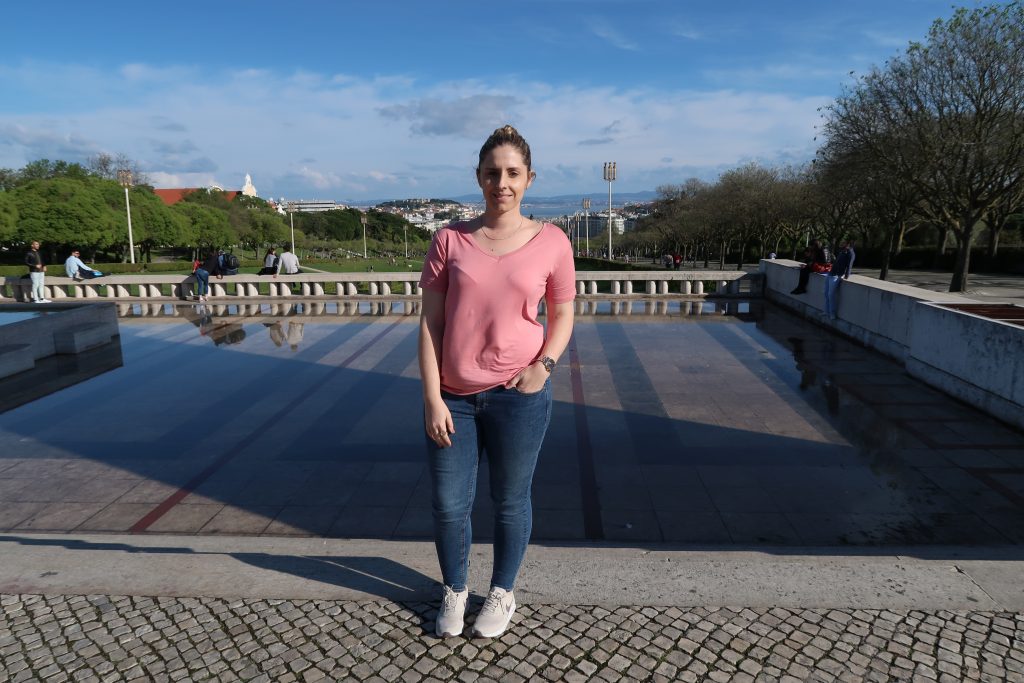 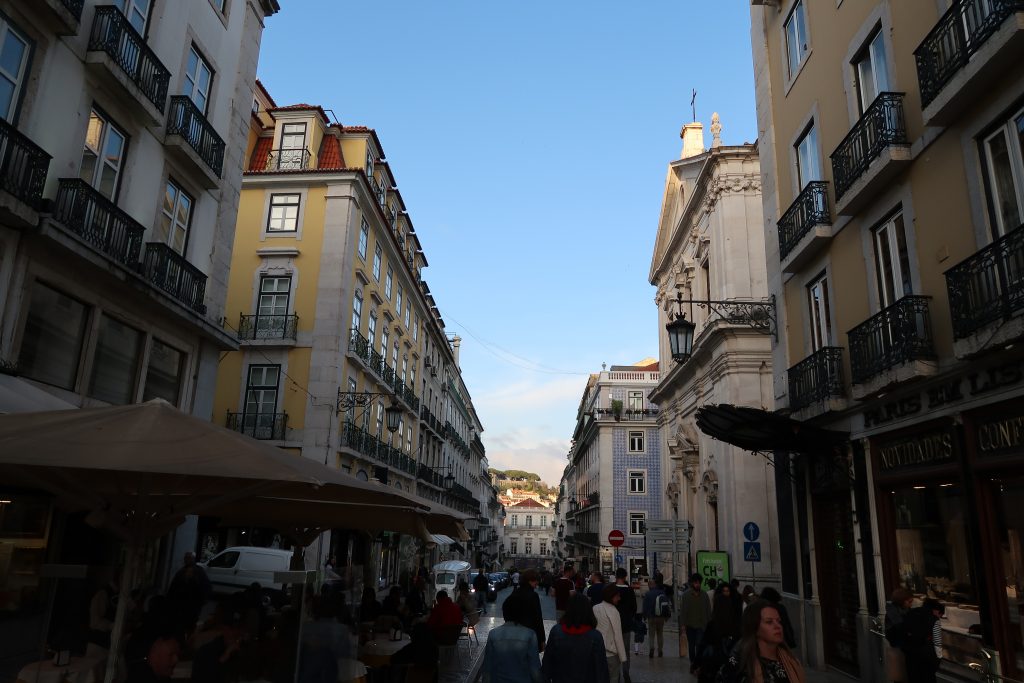 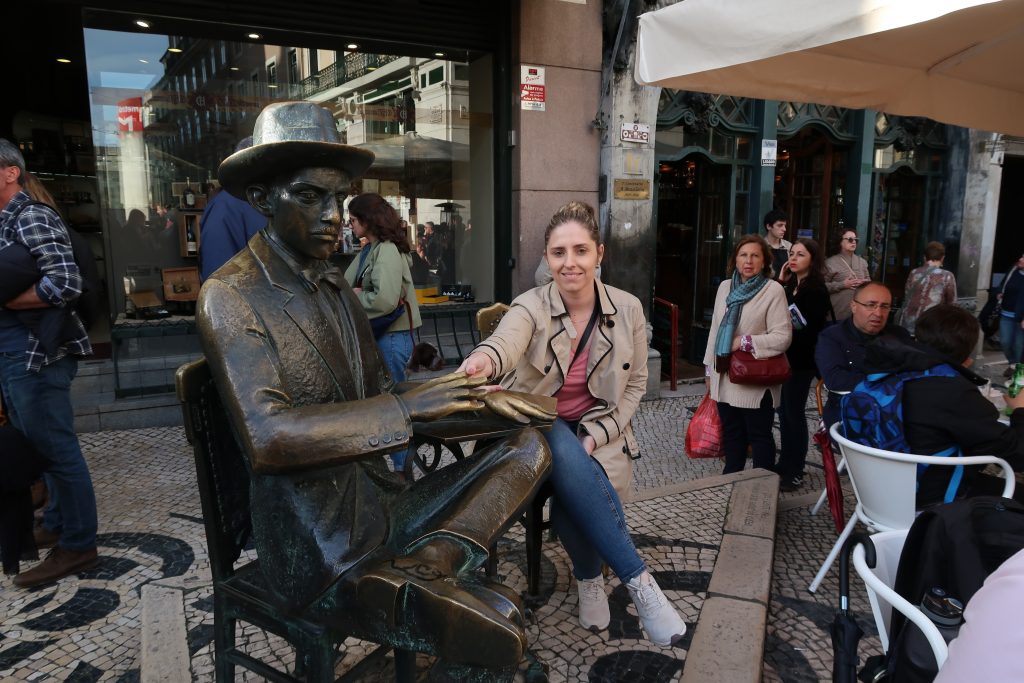 Being Portuguese helps a lot because you feel like you are at home, people around you are friendly and speaking your language. Food is soul food and really delicious. Visually it took my breath away, the tiled building have so much character and are so colourful, obviously it makes photography so easy. Also it is very safe, not to say you should let your guard down.

In the past, I was not too fussed about food as I have never really want to waste too much money on food. This time around it was different, I stayed with family which meant most of the time I was in a food coma…Portuguese food is delicious, ask anyone. It is visually appealing and has so much flavour. One thing I did appreciate was having more traditional food on a more regular basis. You can also be assured that there is no shortage of a good pastry! Some dishes you can look forward too is beef/chicken/fish and even sushi.

I visited so many sites over my visit, but I thought I would share some of my highlights of Lisbon below: 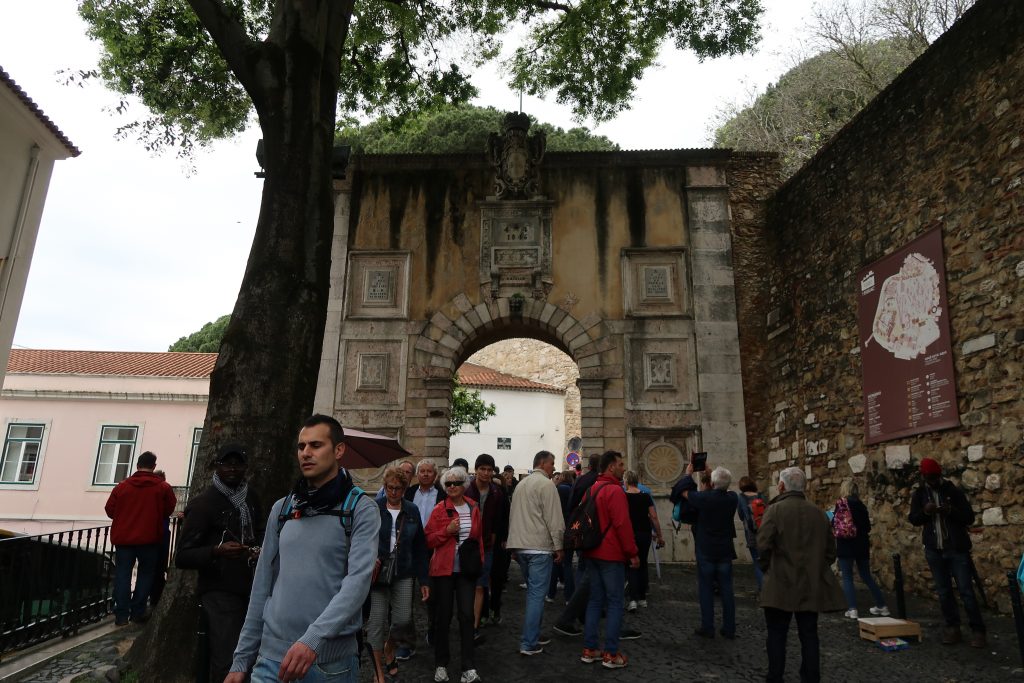 The 11th-century castelo (castle) is situated on a hilltop Moorish & is a royal residence with palace ruins & an archaeological museum. I decided to not enter the castle, even though it is really something to experience. As you all know, if something is a tourist attraction in Europe, you are bound to find a massive queue. The main attraction is the view one gets from the top of the castle so I decided to go to another view point, and OMG was I amazed by the view, just take a look for yourself. This view is an area called Alfama, The Alfama is the oldest district of Lisbon, it is between the São Jorge Castle and the Tejo river. 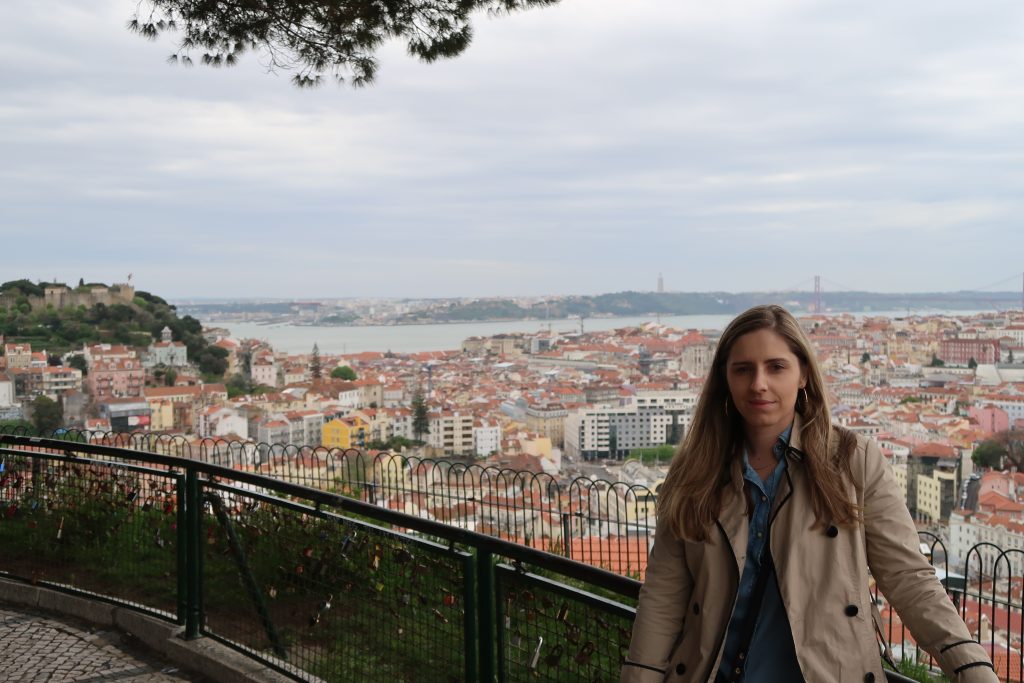 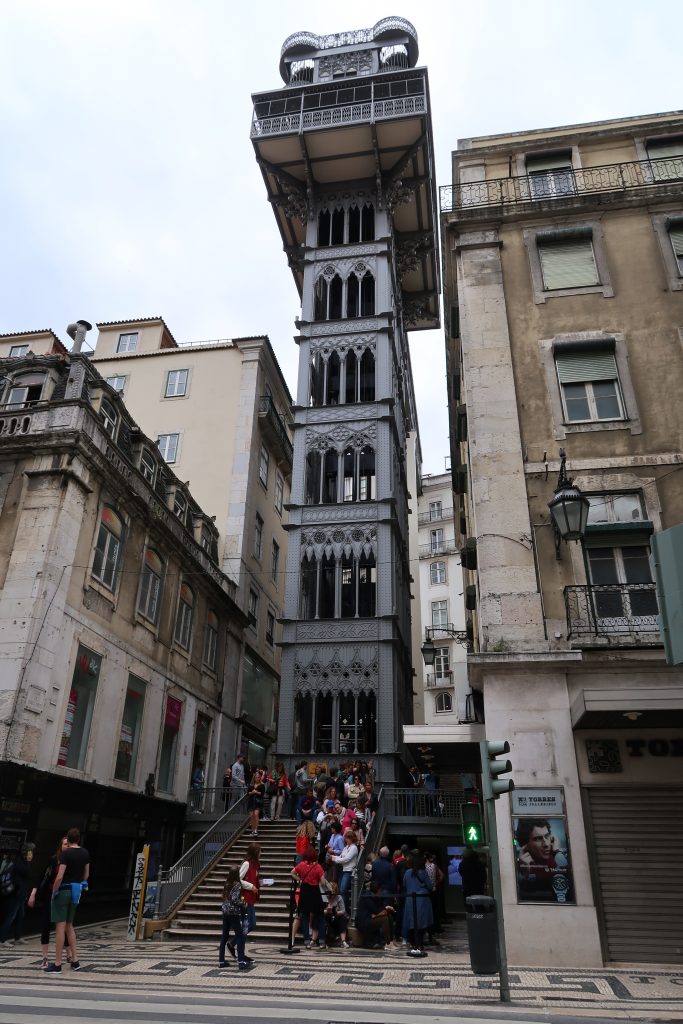 This cast-iron elevator is just beautiful, filled with detail, it was built in 1902 to connect lower streets with Carmo Square. Also it reminds me of the Eiffel tower!

This monument marks the shore of the Tagus Estuary with its grand architecture and beige stone. It’s been here since the early 1960s and is an ornate testimony to the successes of Portuguese exploration. 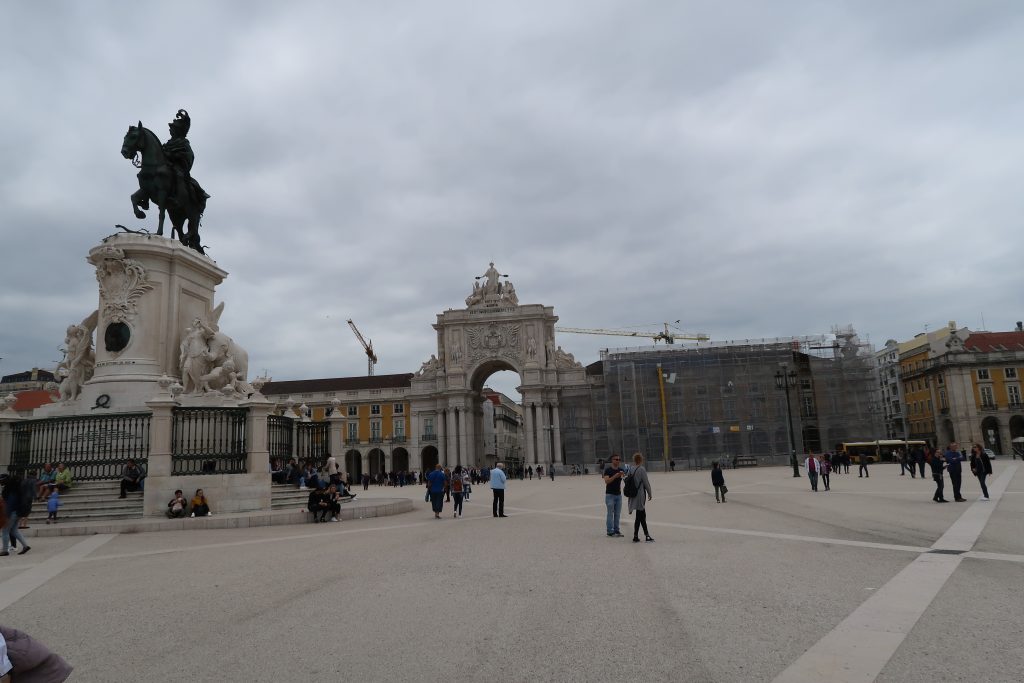 This is the main square in the city which is called the Praça do Comércio, a lively place with restaurants on both sides, a great place to walk though or sit by the monument. Just behind this is the shopping district. 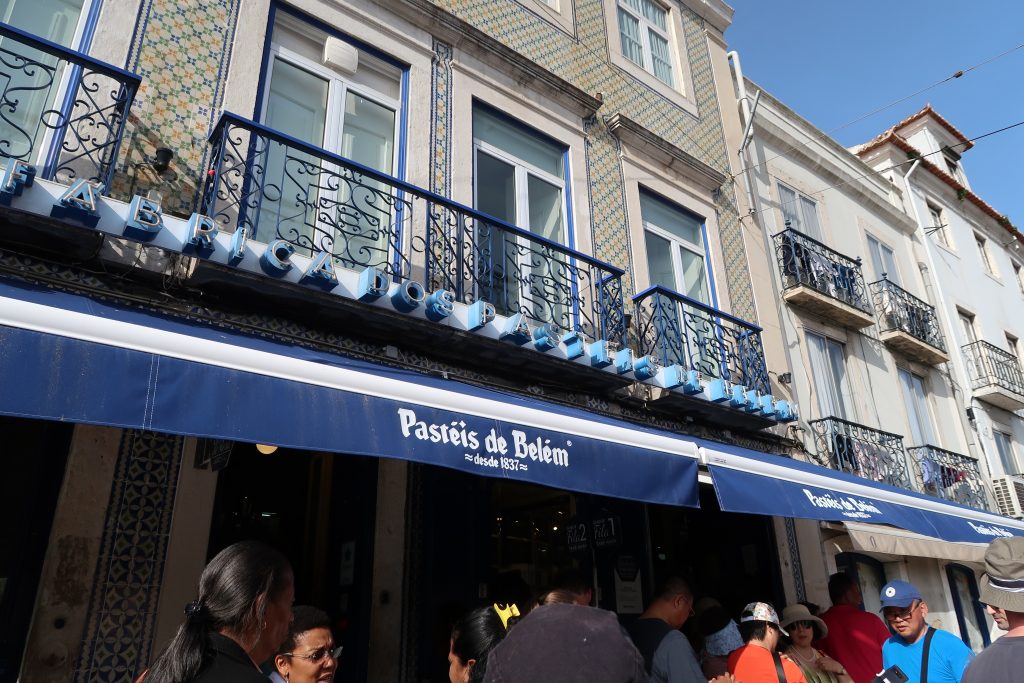 Belém Pastries have become famous internationally as “Portuguese custard tarts”.The originals made with a secret recipe since 1837. Pick some up to go or try them oven-warm in the beautiful inside.

The Bica neighbourhood just might be Lisbon’s most photographed thanks to the iconic Elevador da Bica (Bica Elevator). This historic public transport (this one began running in 1892!) is very common in Lisbon due to the city’s many hills and helps people get from the lower parts of the city to the top of the hills. 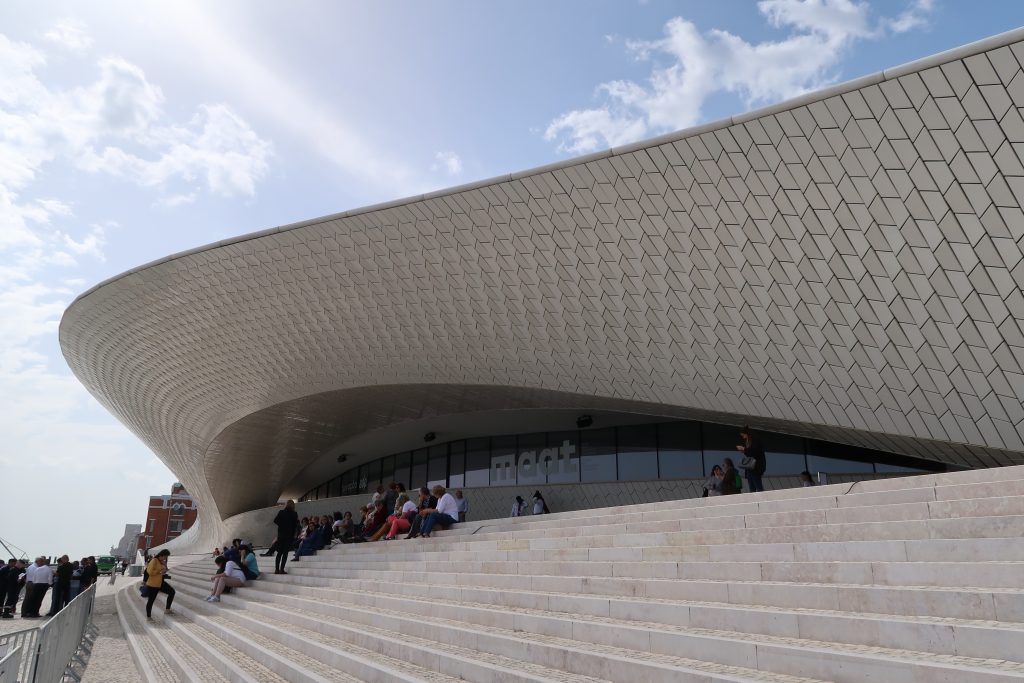 The MAAT is a repurposed power station on the banks of the Tagus River in Belém. The shell-shaped contemporary building has beautiful wave-like lines and gentle arches. We walked over the curved roof and down an outside staircase that descends into the water with another breathtaking view.

I am literally planning my next visit as I write this.

Have you ever been to Portugal? Let me know.

Written By
Vanessa
More from Vanessa
Here's a little sneak peak on what to expect..looks really dramatic! Ok...
Read More